the second Sunday before Lent

O LORD God, who seest that we put not our trust in any thing that we do; Mercifully grant that by thy power we may be defended by protection of the Doctor of the Gentiles against all adversity; through Jesus Christ our Lord. Amen.

Source: Sacrmentary of Bishop Gregory of Rome. Cranmer deleted by protection of the Doctor of the Gentiles and also the last part of the epistle here restored

on the good ground are they, which in an honest and good heart,
having heard the word, keep it, and bring forth fruit with patience
Chrysostom commenting on the Second Epistle to the Corinthians on evading the sin of envy.

But if the glory that cometh of men be so greatly to be coveted in thy account, and if it quite disquiets thee that such and such an one is applauded of the many; when thou beholdest him in the enjoyment of that applause, pass over in thy thought to the world to come and the glory which is there. And just as when hurrying to escape the onset of a wild beast, thou enterest into a cabin and shuttest to the doors; so now also flee unto the life to come, and that unspeakable glory. For so shalt thou both tread this under thy feet, and wilt easily lay hold upon that, and wilt enjoy the true liberty, and the eternal good things; whereunto may we all attain through the grace and love towards men of our Lord Jesus Christ, with Whom to the Father, with the Holy Spirit, be glory, might, honor, now and ever, and world without end. Amen.

Read it all at the link

--
Released by Primus Pilus-Sabbatical
Legio Christi-Ecclesia Militans
"Let us therefore follow after the things which make for peace, and things wherewith one may edify another" [St. Paul's Epistle to the Romans 14:19]

Posted by Primus Pilus at 11:39 AM No comments:

the third Sunday before Lent

O LORD, we beseech thee favourably to hear the prayers of thy people; that we which are justly punished for our offences, may be mercifully delivered by thy goodness, for the glory of thy Name; through Jesus Christ our Saviour, who liveth and reigneth with thee and the Holy Ghost ever, one God, world without end. Amen.

Source: Sacramentary of Bishop Gregory of Rome [600 AD]. The collect shows the great stress that Gregory knew from all sorts of calamities and threats - often perceived directly as a result of the sin of the nation. Note the pentitent tone of the collect in this somber season. This pre-lenten season of three Sundays was instituted in about 700. Septuagesima is the pre-Lent Sunday approximately 70 days before Easter. 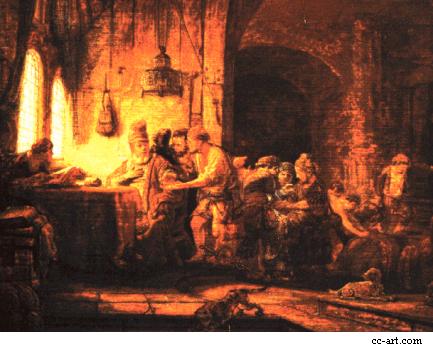 I will give unto this last, even as unto thee.
Is it not lawful for me to do what will with mine own?

From everything then it is manifest to us, that the parable is spoken with reference to them who from earliest youth, and those who in old age and more tardily, lay hold on virtue; to the former, that they may not be proud, neither reproach those called at the eleventh hour; to the latter, that they may learn that it is possible even in a short time to recover all. For since He had been speaking about earnestness, and the casting away of riches, and contempt of all one's possessions, but this needed much vigor of mind and youthful ardor; in order to kindle in them a fire of love, and to give vigor to their will, He shows that it is possible even for men coming later to receive the hire of the whole day. But He doth not say it thus, lest again He should make them proud, but he shows that the whole is of His love to man, and because of this they shall not fail, but shall themselves enjoy the unspeakable blessings.

Read it all at the link

--
Released by Primus Pilus-Sabbatical
Legio Christi-Ecclesia Militans
"Let us therefore follow after the things which make for peace, and things wherewith one may edify another" [St. Paul's Epistle to the Romans 14:19]

Posted by Primus Pilus at 9:46 PM No comments:

The Sixth Sunday after the Epiphany - MMXI

O GOD, whose blessed Son was manifested that he might destroy the works of the devil, and make us the sons of God, and heirs of eternal life; Grant us, we beseech thee, that, having this hope, we may purify ourselves, even as he is pure; that, when he shall appear again with power and great glory, we may be made like unto him in his eternal and glorious kingdom; where with thee, O Father, and thee, O Holy Ghost, he liveth and reigneth ever, one God, world without end. Amen.

This Collect was added in 1662. It clearly poinst to the Gospel of the day and the Second Coming of Christ 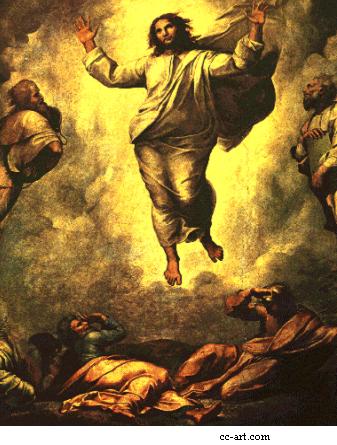 there shall arise false Christs, and false prophets, and shall shew great signs and wonders; insomuch that, if it were possible, they shall deceive the very elect.
Chrysostom wrote,
"Then shall appear the sign of the Son of Man in Heaven;" that is, the cross being brighter than the sun, since this last will be darkened, and hide himself, and that will appear when it would not appear, unless it were far brighter than the beams of the sun. But wherefore doth the sign appear? In order that the shamelessness of the Jews may be more abundantly silenced. For having the cross as the greatest plea, Christ thus cometh to that judgment-seat, showing not His wounds only, but also the death of reproach. "Then shall the tribes mourn," for there shall be no need of an accusation, when they see the cross; and they shall mourn, that by His death they are nothing benefited; because they crucified Him whom they ought to have adored.
Read it all at the link...
--
Released by Primus Pilus-Sabbatical
Legio Christi-Ecclesia Militans
"Let us therefore follow after the things which make for peace, and things wherewith one may edify another" [St. Paul's Epistle to the Romans 14:19]

Posted by Primus Pilus at 8:59 PM No comments:

The Fifth Sunday after the Epiphany

O LORD, we beseech thee to keep thy household continually in thy true religion; that they who do lean only upon the hope of thy heavenly grace may evermore be defended by thy mighty power; through Jesus Christ our Lord. Amen. 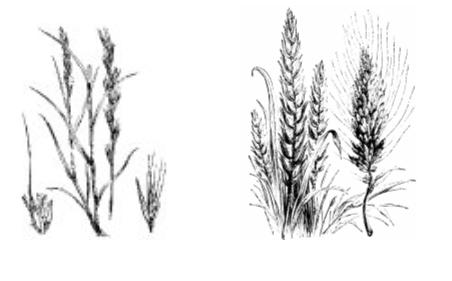 Gather ye together first the tares, and bind them in bundles to burn them:
but gather the wheat into my barn

Chrysostom wrote,
" Many of the prelates, I mean, bringing into the churches wicked men, disguised heresiarchs, gave great facility to the laying that kind of snare. For the devil needs not even to take any trouble, when he hath once planted them among us. And how is it possible not to sleep? one may say. Indeed, as to natural sleep, it is not possible; but as to that of our moral faculty, it is possible. Wherefore Paul also said, "Watch ye, stand fast in the faith."

"Darnel is a weed grass (probably bearded darnel or Lolium temulentum) that looks very much like wheat until it is mature, when the seeds reveal a great difference. Darnel seeds aren't good for much except as chicken feed or to burn to prevent the spread of this weed" (World English Dictionary).

Read it all at the link above
Finis
--
Released by Primus Pilus-Sabbatical
Legio Christi-Ecclesia Militans
"Let us therefore follow after the things which make for peace, and things wherewith one may edify another" [St. Paul's Epistle to the Romans 14:19]